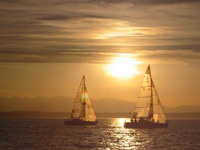 Sound Law Center, LLC is the umbrella organization for Sound Hearings and Sound Mediation. We are professional attorneys and planners who are committed to resolving disputes. We concentrate on dispute resolution in the land use arena. We work with government agencies, land developers and neighborhood groups to resolve disputes in an efficient and fair manner. Our dispute resolution techniques include serving as Hearing Officers, Mediators and Educators. Each technique brings a different focus to resolution of conflict.

The responsibility of a Hearing Officer is to provide an objective review of the facts of an application and then apply the goals and ordinances of the jurisdiction to make a decision. In order to develop a record necessary to make a decision, it is imperative that all interested persons be encouraged to present all relevant facts at the hearings through oral or written testimony. In doing so, the Examiner must create an atmosphere that demonstrates courtesy to witnesses and acknowledgement of their opinions. Recent court decisions have made it clear that damages will be assessed if a City does not follow appropriate decision making procedures. We know how to adhere to legal requirements of procedural due process to help prevent liability exposure.

Our professional services are provided by Sound Hearings and Sound Mediation under the auspices of Sound Law Center, LLC. Mr. Hunter is the Managing Director of each of these organizations, and has affiliated with other professionals to provide a diversity of experience and the best possible service. Those affiliated with Sound Law Center include:

Ted Hunter: Ted received his law degree from the University of Washington and was trained in mediation techniques at Willamette and Harvard Universities. His trial experience involved representation in land use matters for developers and environmental groups at all levels of the state and federal courts. Mr. Hunter also served as Legal Counsel to the Washington State Legislature on energy and environmental matters.

Ted was selected as the Chief Negotiator for the Legislature in matters involving land use proposals at the U.S. Hanford Nuclear Reservation. He established and is past Chair of the Dispute Resolution Section of the Washington State Bar and is a member of the Association for Conflict Resolution. He is also a member of the American Planning Association and the Washington & American Bar Associations. He is a Land Use Hearing Examiner and Mediator for over twenty cities in Washington State. Ted enjoys marathon running, guitar playing and singing in several groups.

Andrew Reeves: Andrew joined Sound Law Center after leaving Division II of the Washington State Court of Appeals. In his three years at the Court, Andrew served as a judicial clerk on over 100 appellate decisions. Prior to that, he was the 2009-2010 Sol Resnick Water Resources Fellow at the University of Arizona and a 2010-2011 fellow with the Rocky Mountain Mineral Law Foundation. He regularly publishes on land use and environmental law topics, most recently contributing a chapter in University of Chicago Press's forthcoming book, "Stitching the West Back Together."

Lee Raaen: Lee graduated from the University of Oregon law school in 1975. Lee has represented clients on land use, real property and toxic waste/environmental issues before hearing examiners, the Washington state shoreline hearings board, various Washington state superior and appellate courts, and united state federal district courts and ninth circuit federal court of appeals. He's also served as an arbitrator since 1981 for the king county superior court mandatory arbitration system, and has tried and rendered decisions in more than 30 lawsuits.

David Ortman: David E. Ortman is an attorney who helps prepare draft findings and conclusions based on exhibits and testimony presented at hearings. He also manages the Legal Writers who work for Sound Law Center. David was formerly a law clerk with the firm of Gendler & Mann; a firm that focused on environmental and land use litigation. David has extensive experience in shoreline and wetland policy. He has testified before numerous Congressional, state legislative and federal and state agency hearings on wetlands, water quality, water resource, shoreline, special area management planning, and coastal and land use issues. He has written extensively on the Clean Water Act and wetland issues. David served on the Department of Interior's OCS Policy Advisory Committee and on the Washington State Office of Marine Safety Advisory Committee. His B.A. is in Environmental Studies from Bethel College (KS), and he joined the Washington State Bar Association through the Rule Six Law Clerk program in 2006.

Neil Savage: Neil is a legal writer and Chief Legal Editor for the Sound Law Center. He earned his law degree from the Lewis and Clark Northwestern School of Law in 1989. Neil also serves as an editor for the Washington State Board of Tax Appeals, and is working on a project creating a tribal-law index for Code Publishing. He worked as the Publication Manager at the King County Bar Association for five years, editing the annual update of the Washington Lawyers Practice Manual, a 4,700 page, 8-volume text. Neil worked as a professional actor for several years, including at the Oregon Shakespeare Festival, before getting his undergraduate theater degree at the University of Oregon in 1982. Neil enjoys theater and spending free time as a country-rock drummer.